A Bit Of What Brought Me Here:

I've lived in four countries, three of the United States Of America, and the District of Columbia, learning three languages and a smattering of curses and courtesies in about fifteen more tongues.

Always a fan of science fiction and fantasy, I knew from an early age I wanted to write in these genres. It seemed to me that telling stories of things that had not happened, but might, could not happen, but were plausible given a certain chain of events or a universe that was just so was the path I wished to take, the chance I wished to take, the milieu for the stories I wanted to tell.

I grew up, as I said, in a few places. Along the way I've held day jobs as: paperboy, waiter, marina janitor, bartender, retail manager, barista, and, for the last twenty years, police officer.

I've always had a desire to know and explore the whys of this world as well as the worlds I could only read about in other author's works. 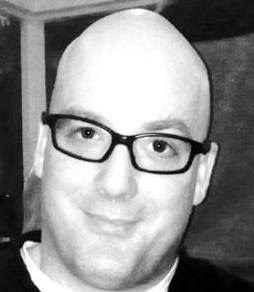 About fifteen years ago now, I started writing my own tales, mostly to keep sane as the stress of life as husband, father, and police officer in a major metropolitan city began to fray my soul. Writing was my outlet. A way to work through some of my issues and excavate others in the midst of telling stories that I hope are entertaining, even when they do nothing to answer the questions posed by experience. It's been a long, strange trip, and one I am still on.

I hope you will enjoy my explorations, be entertained, and perhaps find an answer or two to questions your own experiences have posed you, even if that answer is simply: "I am not alone in this."